11:36 AM
Zombies, so hot right now! For our first zombie game review, we are starting with Last Night on Earth. 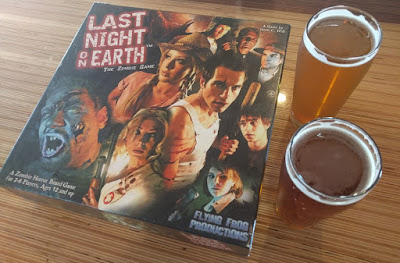 Last Night on Earth is a 2-6 person survival board game that pits small-town Heroes vs Zombies!  Most of the group are heroes, and they compete against 1 or 2 players who control the zombies.  Each hero has its own special abilities, but the zombies lack all skills except eating flesh.  The game comes with several scenarios, which include simple survival, rescue, or escape. Differing combinations of heroes, scenarios, and board configurations offer a lot of replayability.  The game also comes with a CD Soundtrack of thematic music, so if you still live in 1995, it will be awesome!

Overall, this is a fun group game that can support up to six people.  It's fun being on either side, trying to kill the opposing group, and even more fun if your group gets into character.  If you like Zombies, you should enjoy this game. It's only $40 online, which is fair based on the number of components & replayability.  It was also fun because we were drinking IPAs for days from Draughtsmen Aleworks, which is the newest brewery in Santa Barbara. 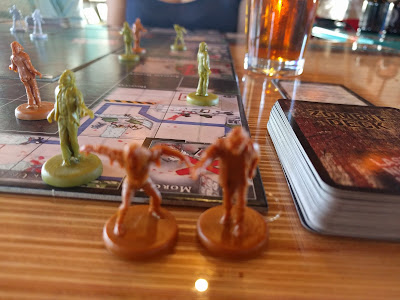 If you've never been to Santa Barbara, please start saving every penny you have today and visit. It is one of the best beach towns in the country. The weather is perfect year-round, it lacks the traffic and congestion of Los Angeles, it has a beautiful coast line and beaches, and there's a massive surplus of wine tasting rooms and breweries.  The newest brewery to open up is Draughtsmen Aleworks, which is just 10 minutes north of downtown in Goleta.  The brewery specializes in small batch beers with an approachable personality and taste, familiar ales and IPAs, and the occasional experimental brew. They have at least 4-5 IPAs on tap, so get a taster flight to try them all.

While the beer is good, the tasting room is what really sells me. They have a ton of open tables and space available, including a foosball table and a large selection of board games (like this one, meaning if you visit you can save $40 and not actually purchase this game!).  They keep the music at low levels and regularly have food trucks.  Therefore, you can stop by anytime, grab an IPA, play games and have conversations at normal voice levels, and hit up the food truck.

Also on your Santa Barbara trip, be sure to stop at these breweries at well: Pure Order, Telegraph, Figueroa Mountain, and Third Window.  Those four are all in walking distance, so get ready for a walking brewery tour in paradise! 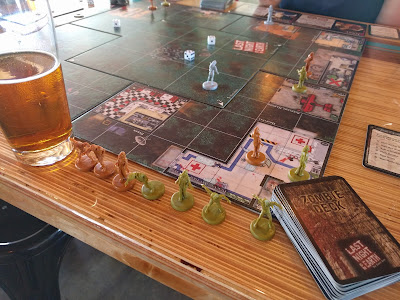